The title says it all.

Normally, I don’t do quizes that try to peg me as one thing or another, but this one caught my eye with it’s result. Also, the quiz is only six questions with two option answers, so it’s a fast one. 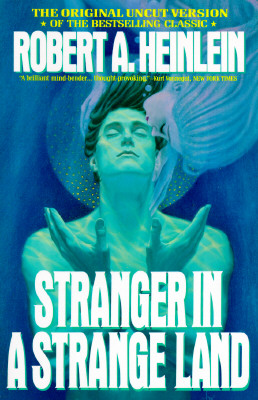 You’re Stranger in a Strange Land!
by Robert Heinlein
Most people look at you and think of you as a Martian, even though you were born on Earth. Silly Earthlings, er, people. Anyway, you’ve been telling people about free love and relaxing like it’s some radical idea. Most of them want you to go back to the ’60’s (or Mars), but others are in your groove. Grok on!
Take the Book Quiz at the Blue Pyramid.